The Palmiet River Watch (PRW) is a voluntary movement that was initiated by Lee D’Eathe, a local Westville North resident, in May 2013, because he wanted to see measures put in place to prevent the complete collapse of the natural environment.

Previous river watch initiatives had failed, the residents and officials were exasperated; and there were seldom effective responses or any feedback to complainants; and the birds, animals, insects and the aquatic life were being wiped out: even the Palmiet Plant after which the river was named no longer survived, and was under threat in other rivers.

‘Well meaning’, random reporting of polluted river water by individuals directly to the authorities, often wastes scarce municipal resources since there is often very little hope of the source being found or the polluter dealt with.

With Ingrid, his wife, Lee set about recruiting river watch folk all along the 23 kilometre length of the Palmiet River, and finding out what individuals experience and what their expectations are.

“The very existence of an effective Palmiet River Watch is a deterrent to polluters.”

The “River Watch folk” report pollution and other undesirable activities using effective communication, the rough point where pollution enters the river is established, and then only is a complaint submitted and registered.  The accurate descriptions, and work-arounds with photos, enable the officials to trace the source of pollution and resolve problems quickly; which seldom happened before.  Since officials began tracing polluters, and reacting quickly, there was a noticeable improvement in the appearance of river water; but the number and severity of pollution incidents continues with little change.

Now, the PRW intends becoming formalized as a conservancy; and to take decisive action.

“Based on confirmation by the Palmiet River Watch observations and reporting from 2013 to 2017… the community can rightly claim that ongoing and repeated pollution has caused the fish, crabs, leguaans and birds; that were in abundance a few years ago, to all but disappear!”

In the start-up phase, A VISION was selected: “One Pollution Free Catchment in eThekwini”; and PRINCIPLES established: Factual, non-personal, non-political and non-sensational; and AIMS decided upon: Minimalistic, results driven, action oriented, persistent, corrective and innovative.

The River Watch reports effectively and collects information, whilst leaving the responsibility of finding and fixing faults and taking appropriate action to the authorities.

With the above in mind, Lee set up a communication strategy to supply the authorities with more meaningful information to enable them to find the faults.

River Watch folk were recruited along the river, and the data base stands at over 100 individuals (a few individuals are well-placed to submit regular river reports; and others, able to contribute by tracing the rough source, so that pollution events can be submitted as complaints which can be found and addressed quickly.) 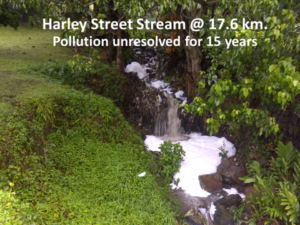 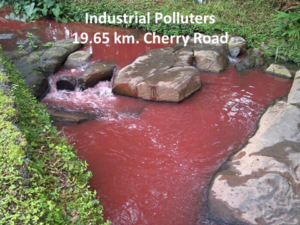 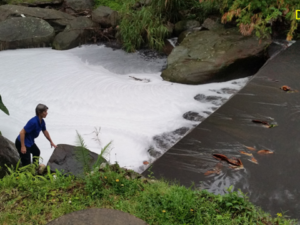 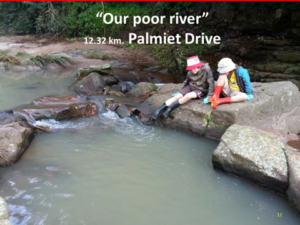 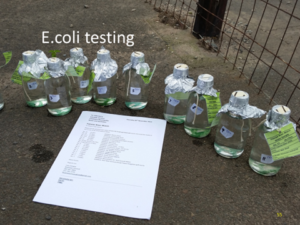 Activities include river walks, miniSASS etc. All MiniSASS tests are recorded and uploaded to the MiniSASS map. 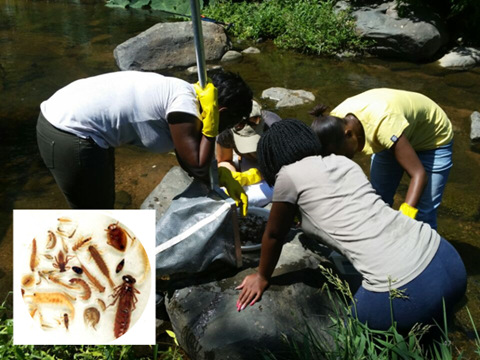 
Ask more about the project