Conservancy members are required to commit to uphold our principles of being factual, non-personal, non-political and non-sensational; and to put the natural environment first.

We assist the relevant enforcement and implementation authorities to undertake their responsibilities; and expect them to do so enthusiastically without excuses.

We form partnerships; we need more Champions; and do not name and shame!

A ‘pollution-free’ Palmiet River is possible. Every resident, business owner and worker within the catchment basin should know that only pure rainwater may enter the storm water system. Detergents, bath and wash-up water, food stuff, sewage, oil, acids and other waste must be disposed elsewhere, responsibly and legally – Lee D’Eathe.

> Promulgated by The National Water Act No. 36.1998. Offenders could face a fine or imprisonment, which increases progressively for repeated offenders with maximum fines of R100 000, R200 000 and five years or 10 years imprisonment for the first and second-time offenders, respectively.

> The Constitution of The Republic of South Africa, 1996.  Chapter 7. Section 156(2) A municipality may make and administer by-laws for the effective administration of the matters which it has the right to administer.

> The Constitution of The Republic of South Africa, 1996.  Chapter 7. Section 156(3) Subject to section 151(4), a by-law that conflicts with national or provincial legislation is invalid.

> eThekwini’s by-law for river water pollution (currently January 2018) makes provision for an Admittance of Guilt fine of R1000.00 (Await confirmation- apparently the fines are being increased?).

Individuals and businesses that pollute the stormwater system, streams and rivers have no excuse for not knowing that this is illegal and has serious consequences for the environment and future generations. – Lee D’Eathe ~ Palmiet River Watch  May 2013

Having evolved from the Palmiet River Watch (PRW), Conservancy members are painfully aware that our streams and rivers are highly polluted with sewage, chemicals and waste; and ravaged by engineered storm-water runoff; and nobody can pretend otherwise.

The gathered information confirms the community’s claim conclusively, that “Ongoing and repeated pollution and habitat destruction has caused the aquatic creatures and plants that were in abundance a few years ago, to all but disappear”.

In the face of water shortages, persistent droughts and floods, the negative impact on human health, economic and social development, real corrective interventions are required.

The PRVC is focused on finding the reasons for poor water quality and river and stream health; which Citizen Science and other honest, non-sanitised assessments confirm.

Infrastructure systems need to be revisited, throughout the Palmiet River valley (access, drainage, water delivery and waste disposal), to stop, and undo the damage caused by outdated planning, development, design, construction, and maintenance practices; which were based on economic and social benefits, with little consideration for the environmental consequences.

The Palmiet River Valley has been subject to planning, development, design, construction, and maintenance practices; which were based on economic and social benefits, with little consideration for the environmental consequences.

Since its inception in May 2013, the Palmiet River Watch folk have been reporting pollution and other undesirable activities; and collecting data in the Palmiet River Valley; which led to the key issues being identified.

The Right Answers may seem obvious; while the right questions have yet to be asked! – Lee D’Eathe

On 21 January 2016 Lee D’Eathe presented a ‘RANT!’ which included a list of causes of environmental degradation on behalf of the River Watch community; which were then incorporated into the PRRP Action Plan; and are “mission critical”.

The key causes of environmental degradation identified and tabled by the Palmiet River Watch in a ‘RANT!’ on 21 January 2016, include, but not limited to: Industrial pollution; Fresh water pipe bursts; Sewage pollution; River bed scouring and banks collapsing; Waste disposal; Alien Invasive species; Land fragmentation and land misuse; and the Poor application of Legislation and Bylaws.

Attention to environmental degradation, violations and infractions* need to be addressed by various PROJECTS undertaken throughout the Palmiet River Valley. 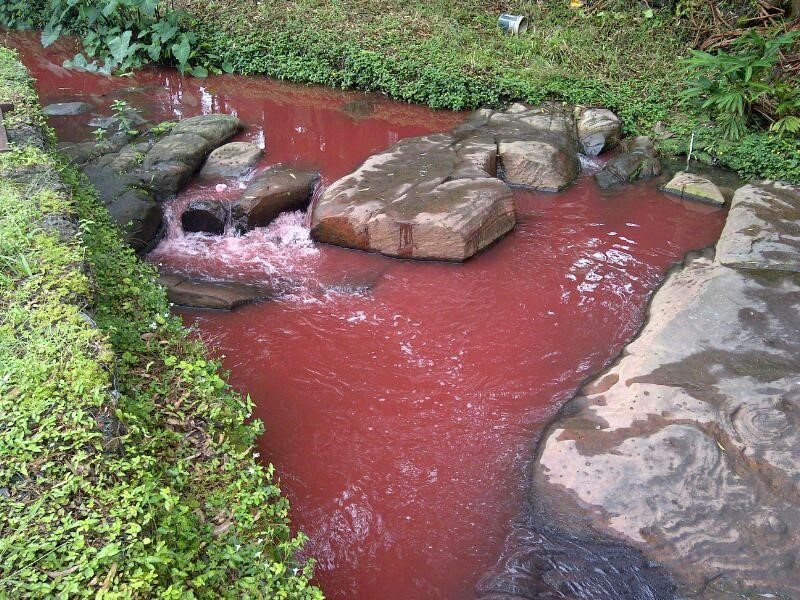 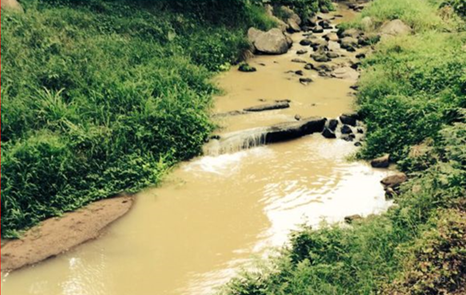 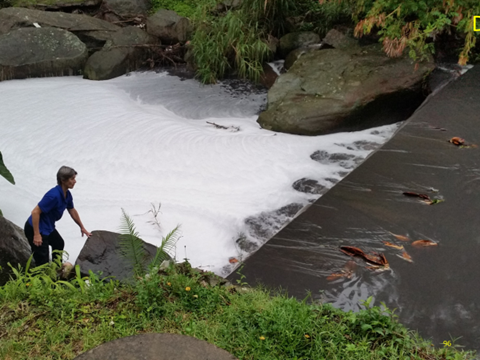 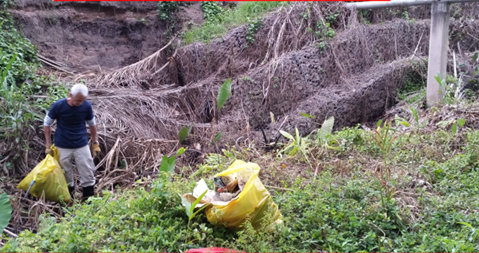 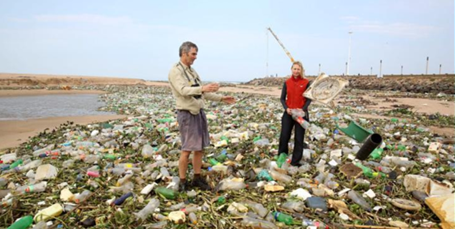 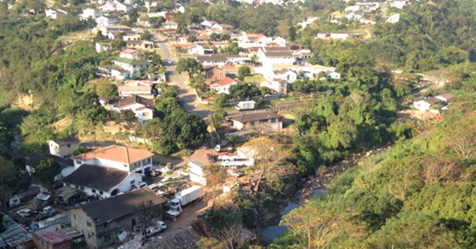 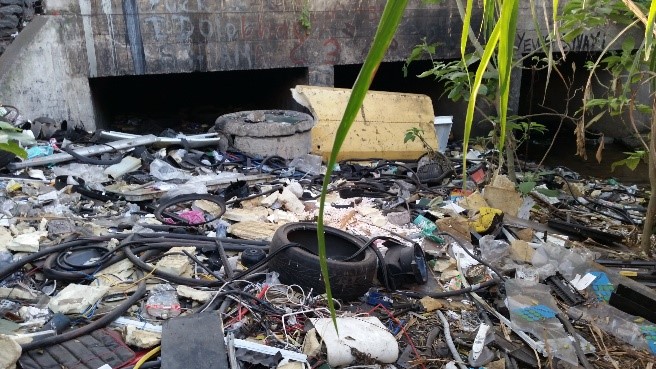 It was refreshing to have an honest assessment of the pitiful state we have got ourselves into by Dancan Hay.
QUOTE – Duncan Hay 2017, A basin resident surveys uMngeni’s headwaters:
“What is abundantly clear is that our river basin is in a very unhealthy and steadily deteriorating ecological state – it is being subjected to slow but intense violence. As a consequence, it is vulnerable and, with it, the socio-economic system that is dependent on it.  The resilience of the entire river basin social-ecological system is at risk. Urgency is the order of the day.  In order to reverse this state an immediate, integrated, multi-agency response at scale is required. For this technical and financial resources are required. For the most part, these resources are available either in-house in the various management agencies or as grants and loans. A lack of resources is not the issue. We need inspired political and technical leadership mobilising the state, civil society and the business sector to solve the problems. We are all in this together.”    read more…
Symptoms and root causes
The PRVC insists that significant measures need to be taken to identify and deal with root causes, conclusively and sustainably, instead of continually wasting resources and funding on symptoms.

Only by addressing root causes head on, will the devastating consequences of flooding, poor water quality, plastic and chemical Water pollution, siltation and erosion, and poor water flow in dry conditions, be resolved.

Infrastructure systems need to be revisited, throughout the Palmiet River valley (access, drainage, water delivery and waste disposal), to stop, and apply current environment legislation to undo the damage caused by outdated planning, development, design, construction, and maintenance practices; which were based on economic and social benefits, with little consideration for the environmental consequences.
PRW Partnership (hope?) – UEIP & PRRP

I have contributed significantly to Palmiet Rehabilitation Project (PRRP) and the Action Plan on behalf of the Palmiet River Valley community. – Lee D’Eathe ~ Palmiet River Watch.

THE PALMIET REHABILITATION PROJECT (PRRP).
The Palmiet Rehabilitation Project (PRRP) is a shared-governance climate change adaptation-oriented project coordinated by the Climate Adaptation Branch (CAB) of eThekwini Municipality. The project was initiated as a proof of concept project for the uMngeni Ecological Infrastructure Partnership (UEIP).

It primarily focuses on conservation, rehabilitation & restoration of natural systems within the Palmiet Catchment to improve community resilience. A Community of Innovation (CoI), which forms a working group of core actors in the project has been established to oversee implementation of an action plan, which was developed by the broader group of project stakeholders. Within the action plan, there is a set of prioritised action items, which  are split into three categories for project implementation: Governance; Bio-physical and Social.

The Climate Adaptation Branch has committed to collating activities within the project to track progress in implementing the Action Plan, and to provide a quarterly update to stakeholders.
THE UMNGENI ECOLOGICAL INFRASTRUCTURE PARTNERSHIP (UEIP)
The uMngeni Ecological Infrastructure Partnership (UEIP) is partnership of a diverse group of organisations from government, business, academia and civil society committed to finding ways of better integrating ecological infrastructure solutions into water resource management through collective participation and coordination of activities in the greater uMngeni River catchment.

Organisations join the UEIP by signing a Memorandum of Understanding (MoU), with the South African National Biodiversity Institute (SANBI) as the centre for coordination of the partnership. The primary focus of the UEIP is on exploring the role ecological infrastructure can play in improving water security in the catchment. In order to streamline its governance and institutional structures the UEIP developed a Strategy that outlines its defined objectives, and describes what the partnership intends to achieve through collaboration of partners and coordination of activities in the catchment.

Sean O’Donoghue gave an update on the project. The snake monitoring is going well. The community is identifying snakes and reporting them for removal, and they are being removed. The project team wants to use the Enviro Champs approach to address sewer line challenges. On this project, some funding will go to the Enviro Champs. There has been no success regarding changing behaviours of industry leaders in terms of regulating themselves and reducing illegal effluent discharges.

Sean O’Donoghue thanked everyone for participating in the meeting. The next meeting will be held on 15 November 2017.