While a sustainable solution is being considered, individuals within the Palmiet River Valley continually collect and remove trash from the streams and river; which is removed with support from Durban Solid Waste.

Imagine a litter free river habitat…that’s what this project aims to do.

Thousands of tons of plastic waste enter the drains, streams, rivers, estuaries and the ocean; along with much the contents they held Chemical, detergents, pesticides, etc…

Known and unknown consequences pollute and harm the environment.

As plastics break down into smaller fragments over time, it can be ingested by shellfish and other wildlife, or accumulate in marine sediment. It has the potential to spread throughout the food web as animals consume each other. Some research has shown that the presence of plastics can affect both the number and type of marine organisms that inhabit a particular area.

Plastics are capable of absorbing and accumulating toxic compounds present in the water, which can be transferred to living organisms once ingested. There is a need to raise awareness of the impacts of plastics on ocean health, and World Oceans Day represents an ideal opportunity to do so.

Plastic litter is as much a biodiversity threat as it is a pollution threat. Plastics that float on the oceans can act as rafts for small sea creatures to grow and travel on. In this way, it provides a potential pathway for the transportation of species to areas where they do not normally occur. This represents a potential threat for the ocean environment should an alien species become established.

130 million tons of plastic ends up in the oceans per year.

This “Let’s Talk Rubbish” project encourages the public to make a practical contribution by participating in a clean-up campaign; and by lobbying for the Plastic Production industry (SA Plastic) to take responsibility and become legally compliant.

Instead of travelling for beach clean-ups, let’s do local clean-ups, to stop the waste at source; and the local authorities have undertaken to support work parties and clean-ups, with bags and extra waste removal.

Besides holding the producers of plastics accountable, Lee D’Eathe, who activated Palmiet River Watch in May 2013, says that individuals and businesses that pollute the storm water system, streams and rivers have no excuse for not knowing that this is illegal and has grave consequences for the environment, and future generations.

It makes financial business sense to produce without being responsible. With regards “Avoid/ Prevent, reduce, recycle”, not how he word “avoid” or “prevention” has been left off: and how we are collectively trashing the world”.

Every resident, business owner and worker within the catchment basin should know that only pure rain-water may enter the storm water system. Detergents, bath and wash-up water, food stuff,  must be disposed elsewhere, responsibly and legally. Don’t be a polluter!!!sewage, oil, acids and other waste.

Once the individuals and businesses that produce plastic have placed a refund deposit everyone will be motivated to collect and return every scrap for reuse (before it becomes dirty and unusable). 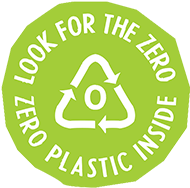 From mountains, catchments and rivers, to the ocean floor – a nation at work towards healthy oceans and a healthy planet.


Ask more about the project