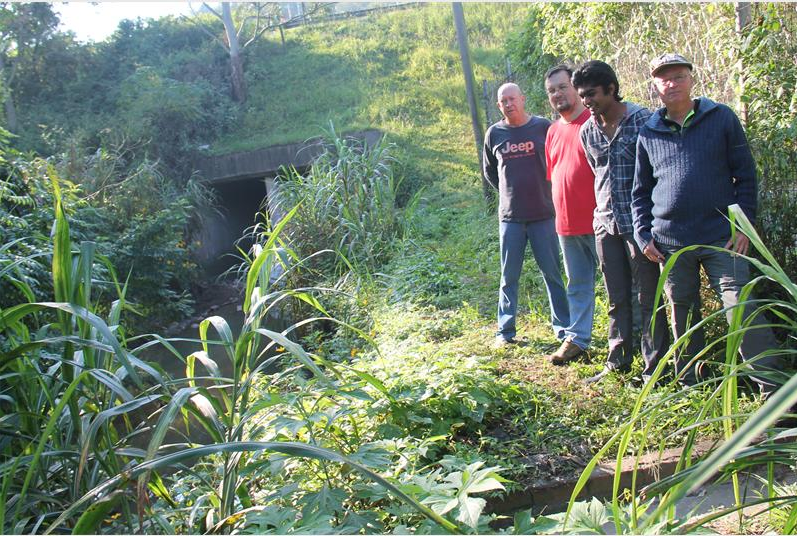 MEMBERS of the Palmiet River Watch have asked the municipality how many more sewage spills, blockages and breakages will it take before urgent attention is given to reduce the risk and stop the devastating effect this has on the environment.

This followed a spill in which 20 km of river was polluted again because of a maintenance accident at the Blair Road pump station in Pinetown industrial area on the last day of May.

“Accidents happen, pipes block and break; but our precious river water should never be contaminated with excess nutrients and chemicals that threaten our heath and kill the organisms that are there to filter and purify the water,” said Lee D’Eathe, champion of the Palmiet River Watch.

“Serious pollution occurs regularly because sewer pump-stations, pipelines, and manholes, have been built along watercourses and are designed to discharge domestic sewage, along with industrial trade effluent, with little margin for safety, directly into rivers and streams whenever the system is overloaded, pump stations fail, sewer-lines break or manholes become blocked”.

Sewage pollution remains a very serious problem, and even with a huge investment, and officials’ dedicated attention, it is very difficult to keep sewage out of the river, – he said.

Helen Cannon who owns a Bed and Breakfast on the Palmiet River accommodating international guests was pleased that the public had been warned that that Palmiet River water was polluted, as children in the neighbourhood like to play in the river. “This is possibly one of the worst spills we have ever experienced. Up until last week we had a very healthy fish and crab population. There were abundant water birds such as cormorant and kingfishers.

“Having recently joined Birdlife Africa some guests book in to my B and B expecting to see some of the 133 species of bird we are so proud of, I am horrified to say there is not one fish to be seen this week and all the water-birds have vanished.

“Businesses in Pinetown and New Germany need to be made aware that these breakdowns are often caused by rags getting into the sewage system. I wish the municipality could spill their sewage elsewhere when they have a breakdown and not use our river,” added Cannon.

Cathy Sutherland, a researcher from the University of KwaZulu-Natal and core team member of the Palmiet River Rehabilitation project, working closely with an informal settlement on the Palmiet River, said,

“this was unacceptable, many people are dependent on the Palmiet River for bathing, washing of clothes, cultural practices and fishing. Children in the settlement swim and play in this river and this has a direct impact on their health”.